Fell in Love with an Earl 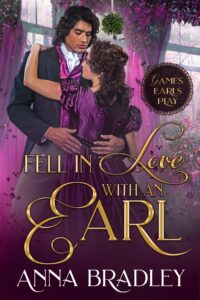 There aren’t many young ladies who’d be eager to accept a governess position with wild twin boys in a lonely castle deep in the Oxfordshire countryside, but Helena Templeton has never been much like other young ladies. She’s just settled into her new post when the boys’ father, the rakish Earl of Hawke returns home unexpectedly, half-dressed and fleeing his latest London scandal.

Adrian Chatham wasn’t aware he even had a governess until her returns home after months of London debauchery have failed to chase his dead wife’s memory from his mind. The last thing he wants is a high-handed, meddlesome chit like Helena Templeton in his house, but his boys need her, and maybe, just maybe…he does, too.

But just as they’ve reached a fragile truce, Helena’s sisters summon her home. Heartbroken, she leaves Hawke’s Run, but Adrian isn’t willing to let her go so easily. He wants Helena to use her miraculous matchmaking skills to find him a wife, and he has just the lady in mind…