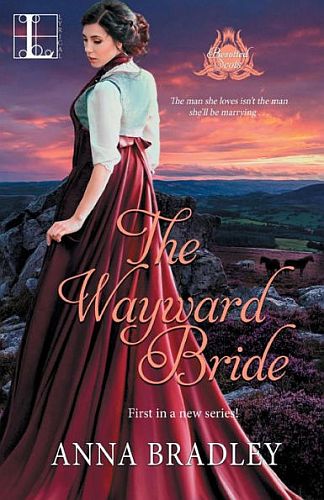 In only six weeks, Isla Ramsey is due to marry Henry Northrup, the sixth Earl of Sydney. But she remains haunted by memories of the dashing Hugh Courtney, the Marquess Pierce. The handsome aristocrat had hinted at forever and then tossed her aside, leaving Isla with few viable options. Now, as she awaits her new fiancé’s arrival from London, she rides her horse past Hugh’s estate at Hazelwood every day, pining for a man who was never truly hers.

Hugh Courtney may have left Isla’s life, but he can’t erase her from his thoughts. When he rescues her from a sudden snowstorm, they are forced to take shelter together at his private estate. In such close quarters there is no escaping each other. Yet no man wants a reckless wife—or a woman promised to another. As fate draws Isla further into his world, Hugh vows to keep her out of his bedchamber. However, some vows are meant to be broken . . .

When Henry Northrup, Lord Sydney sees Lucas Dean for the first time, he thinks the devastating redhead is the result of a serious head injury and his fevered imagination. But when Sydney regains consciousness after a carriage accident, he discovers Lucas isn’t only a real man, but the man of Sydney’s dreams. Now Sydney must choose between a marriage of convenience and the only man he’s ever loved—the man who saved his life.

THE WAYWARD BRIDE features two intertwined love stories, one conventional, and one m/m.